Created during millions of years of interaction between water and permeable limestone soil, there are more than 11,000 karst caves and countless karst phenomena hidden in and beneath Slovenia.

The science of exploring karst phenomena all over the world is called karstology. Even here in the Savinja Valley, we are proud to show you a great karst cave. This mysterious underground cave was created by the Ponikvica stream which for many years made its way through the limestone soil in the middle of the Savinja Valley. Because the air outside the cave often cools down while the temperature in the cave remains constant (offering a warm shelter in winter and refreshing cold in summer) it often looks like smoke is escaping from the cave. Unable to attribute the smoke to any other source, frightened visitors and surrounding residents named the Cave “Pekel” (meaning Hell). More than three million years old, the cave extends over two levels, both covered by a plethora of dripstones and other typical karst formations. Along the 1,159 meters of path, you can walk to an underground waterfall of four of meters.

Want to know more about Celje?
Sign up, stay in touch with us

Due to the current situation Tourist information centre TIC Celje is currently open:

Do you want a view of all locations? Take a look at our map 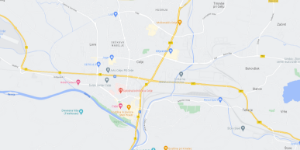 The investment is co-financed by the Republic of Slovenia and the European Union from the European Regional Development Fund.

I hereby allow the use of data for all purposes specified below.
Necessary Cookies
They ensure essential functionality. Without them, the website cannot function properly. You can only switch them off by changing your browser settings.
Analytics/statistics cookies
These allow us to improve our website by collecting and reporting data on its use.